‘Deer’ was made as part of a set of two with ‘Leopard’, but can be sold separately.

The ‘Deer’ is half of two pieces. A reflection of the ‘Leopard’. The set was created based on the Huichol legends and peyote rituals. The legend talks of a ‘window’ which allows the shaman to see into existential planes.

Laser etching is a technique using a laser etching printer and specific wood types to master image resolution. This technique consists of photographs of models and images, digital decomposition, aligning images through the overlay process and ultimately etching the overlay with the laser to produce the final rendered image. 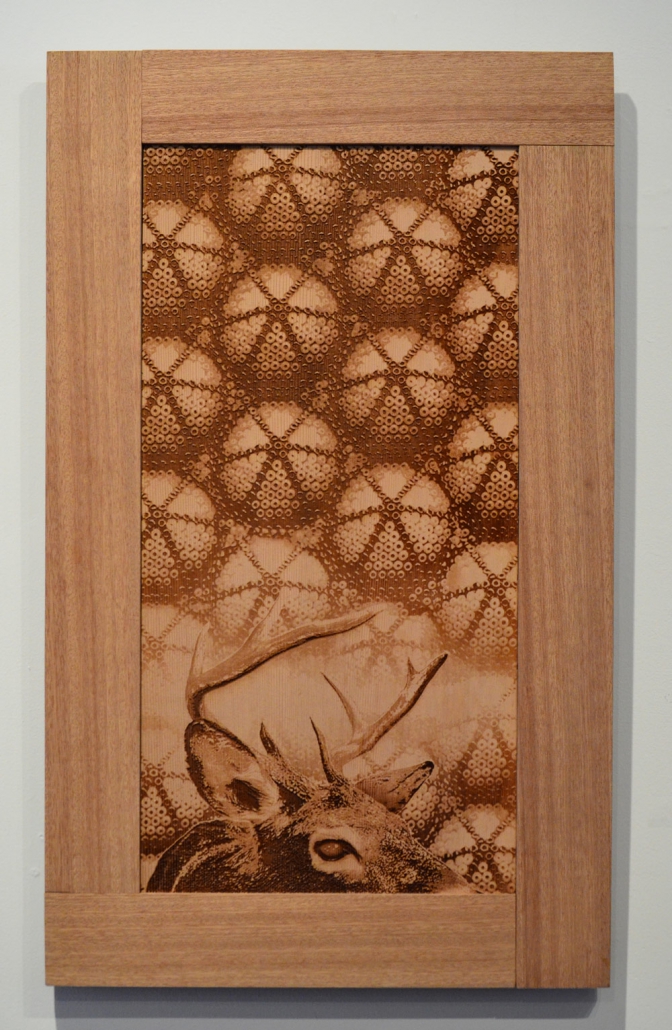